Unisea Shipping LTD is a well-known Greek ship management company with Tankers and Bulk Carriers, that was set up in 2005. Its operations are always made with the highest standards and professionalism as it emphasizes on safe, secure, efficient and environmentally friendly shipping.

Katradis Marine Ropes Ind. shares this passion for excellence and high standards. This has led to a longstanding cooperation between the two companies with equipping its vessels with Siri® High Performance mooring ropes. 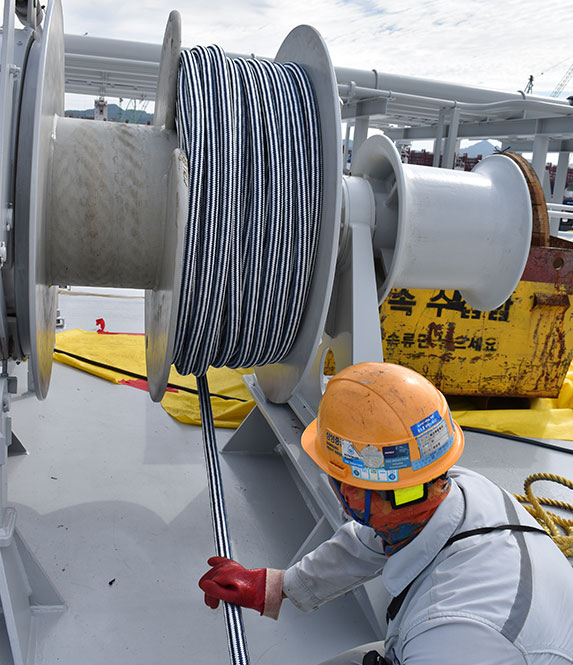 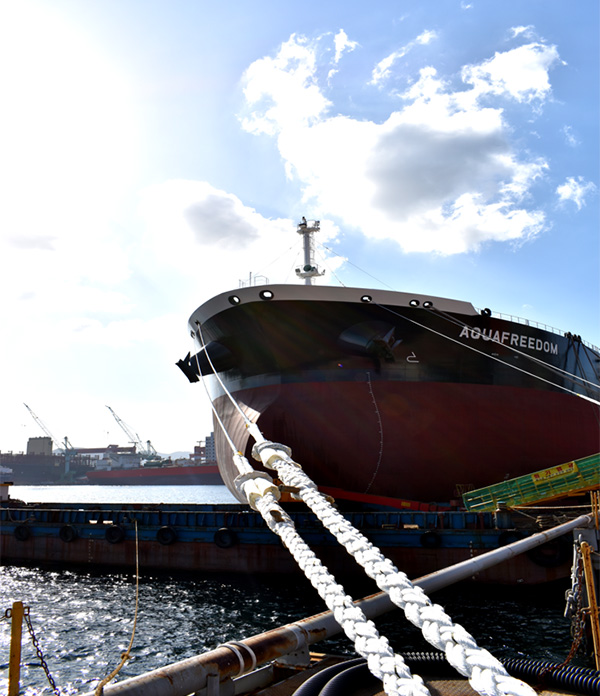 Siri® High Performance mooring ropes were installed by Katradis expert technical staff in 2 new building oil tankers of Unisea Shipping LTD, where their performance, quality and reliability exceeded the expectations that they were set. After all the new technology tankers that were built at Korean Samsung Shipyard, required high quality and technologically advanced ropes, which are approved by OCIMF with MEG4 certificates.

After using UHMWPE Siri® mooring ropes of Katradis Marine Ropes Industry SA in our vessel for the past 6 months, we wanted to highlight why those ropes were the perfect match for us and why we will continue to use them.

Its soft and lightweight material gave extra boost and confidence to the crew, in terms of they felt safer during the mooring operations due to the snap back characteristics of the HMPE ropes.

But also, because the handling of the lines from the shore personnel, made the mooring operation faster and safer.Yet, protectors, were applied and used under the instructions of the manufacturer, in order to protect and extend the lifetime of the ropes.

Additionally, another important part that we should mention was that after the mooring operations, comparing to wire, the deck and shipside remained clean. Also there was a very minimal abrasion since the anti-skid in the areas were the rope was passing through (mooring drum to rope,) had been smoothen and removed.

Therefore, the advantages that we saw in general are the following: 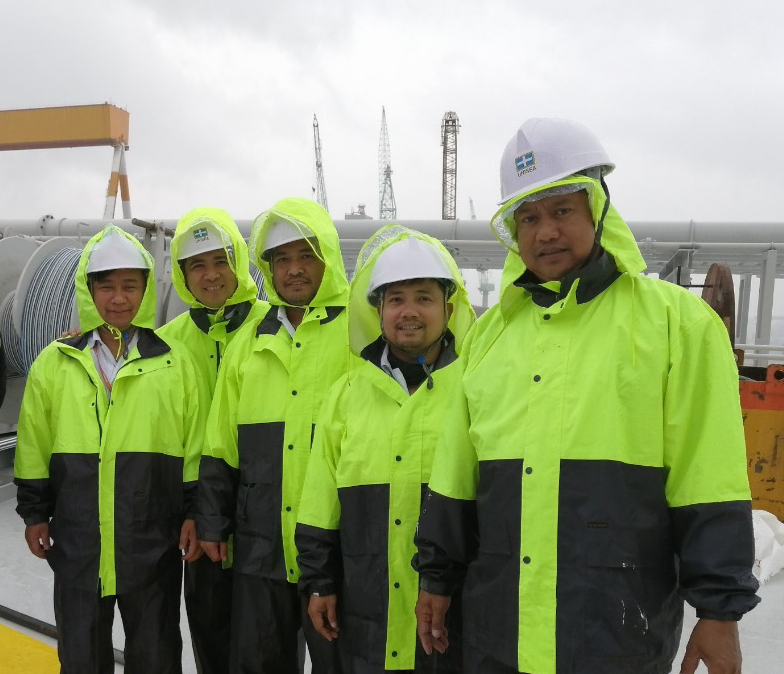 Thus, if Siri® High Performance mooring ropes in conjunction with the excellent service and customer and technical support by Katradis Marine Ropes Industry SA, is they are used and handled under the instructions of the manufacturer, its life span can be increased, since still after all that use, on board it looks like brand new. 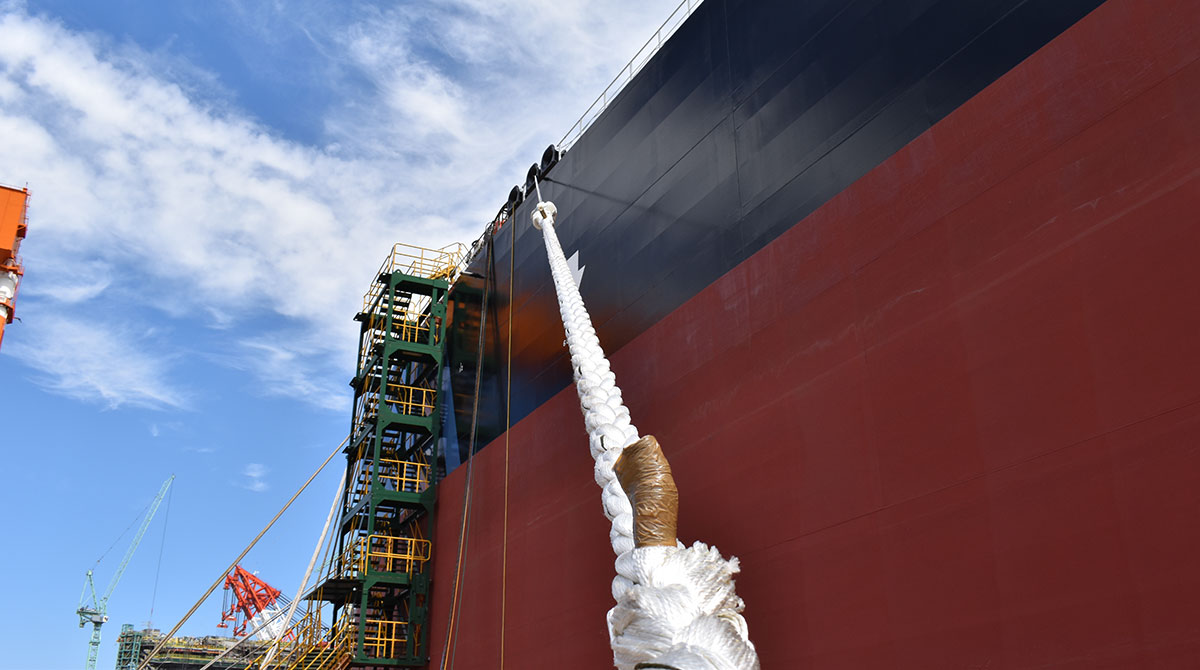 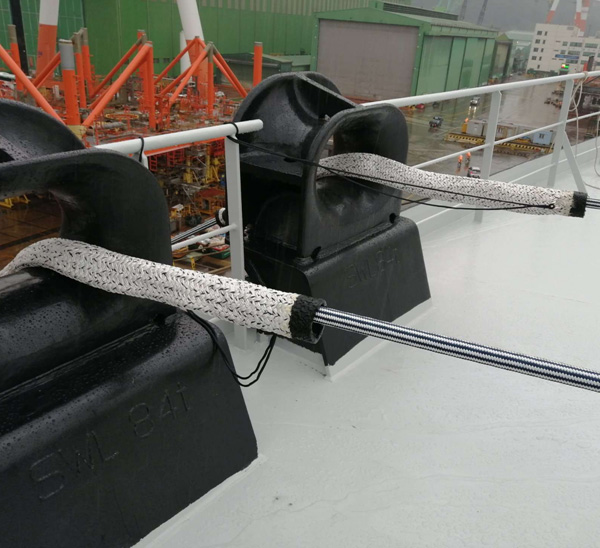 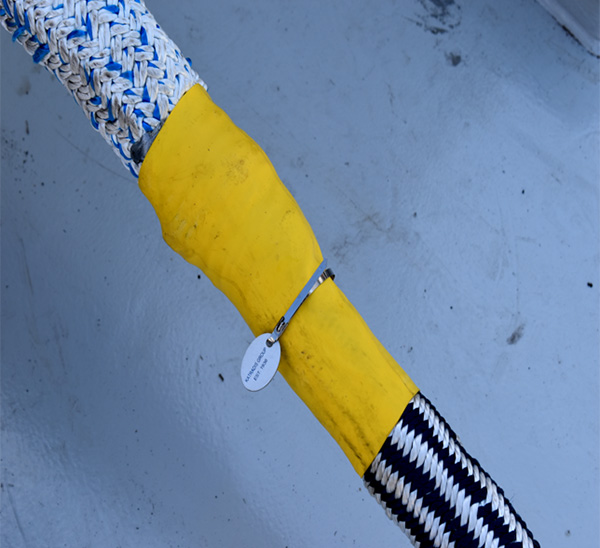 Simpler : simple and 24/7 support with Neptune

And that's the reason why Unisea Trusts us!